I had a chance the other day, to do something I really love.  Take the horses out.  We needed them moved up the canyon to new pasture and it just worked out that I was the one to get it done.  Like any group of animals, they love new terrain and being turned into fresh grazing.  We usually catch one to ride out, lead a couple more, and the rest follow.  Horses like sticking with their friends.  This day, I decided to just catch one and let the rest run loose. 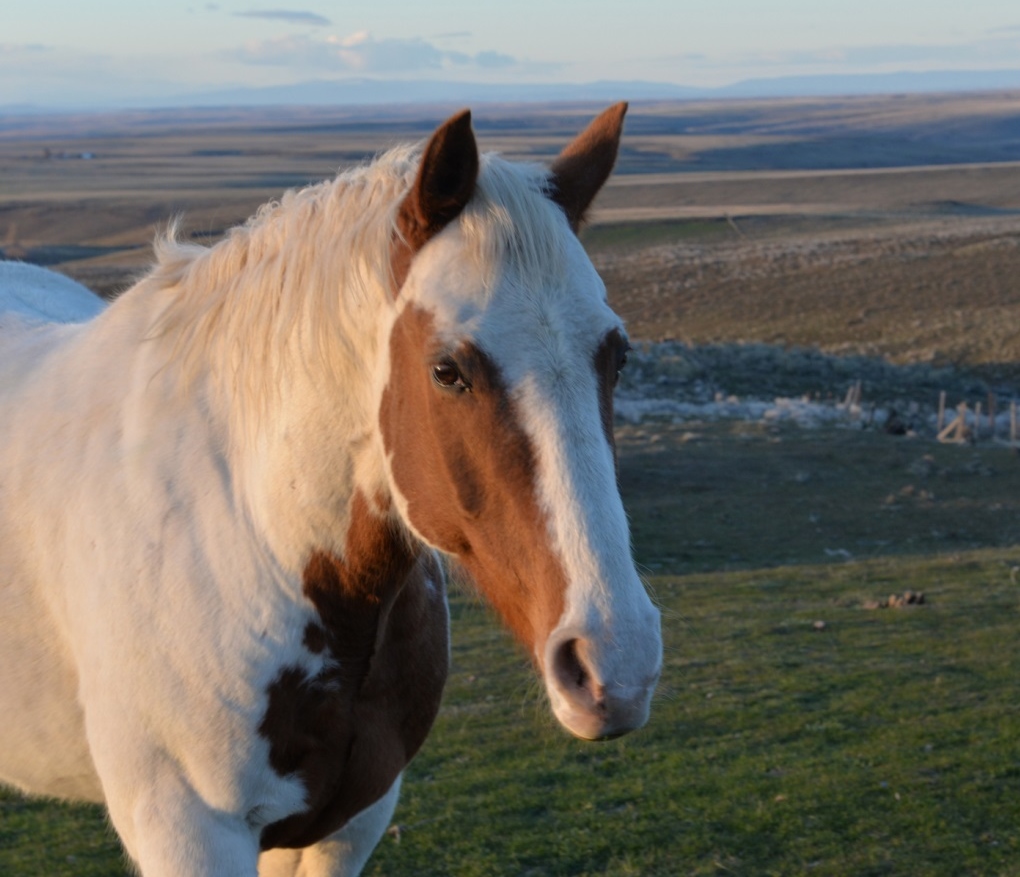 It’s funny how a simple chore like that can brighten your whole day and keep a smile on your face.  The horses knew something was up as soon as I walked into the pasture with a halter. They started getting excited.  I caught “Doc,” moved to the corner and opened the gate.  As soon as we cleared it, the rest burst through the opening gaining speed quickly, and I immediately began to question my decision to catch just one!  Uh oh.  They ran out several hundred yards before slowing, to put their heads down and do some serious bucking.  Then they began to circle, moving at a trot, prancing, necks arched and tails straight up, moving back toward me.  Heads tossing and blowing through their noses, off they went again up the canyon, eventually circling back a second time.  This time, as they returned, Salty noticed the freshly turned dirt we were crossing that the boys had been working up for spring seeding. He came to an abrupt stop!  His nose went down, he began to crouch, and down he went into the dirt — the most perfect thing to roll in!  One by one, down they went, rolling and rubbing their backs in the dirt with all four legs stroking the air. They look so silly that it always makes me laugh.    I guess dirt just invites play whether it’s horses or kids!  One roll isn’t enough in good dirt like this, so they went up and down a couple of times.  When they were finally satisfied, they executed that total body shake that releases clouds of dirt and dust.  And then, they playfully followed along.  When we reached their new pasture and I opened the gate, the excitement started all over again.  Their run out was much shorter this time before stopping and pushing their noses deep into the fresh grass.  Life is good.  Animals normally have a one way effect on you; they lift you up.

We’ve had an amazing month here.  The calves that wintered on the crop fields have all been gathered and moved on, preparing for the seeding (farming) that is going on now.   And the guys completed a really huge job in taking down the dead poplars planted in the 1890’s here at the headquarters.  This is a real logging show, and the challenge is taking down these huge trees without taking out the fences and buildings!  They completed an awesome task beautifully.  I have a new lamb in the bummer pen, and he named himself quickly (remember last month’s newsletter?!)  Slimer!  He spits up green slime all the time, and he’s getting all the other lambs dirty!

We’re starting to look ahead to the summer yarn trade show and new and exciting projects for Imperial Yarn.  Hope to see you soon.