There’s magic in that phrase! Someone was asking about our schedule the other day, and I thought for a minute and said, “We can probably make that work, when the work’s all done this fall.” As soon as I said it, I realized they would not know what I was talking about! “When the work’s all done this fall” is a phrase in the western lifestyle that’s filled with meaning. You’ve been hustling since spring, coming out of lambing and calving seasons, farming and getting all the seed in the ground, haying, spring livestock work, and then right into harvest and the livestock breeding seasons. You’ve worked from before daylight to after dark for months on end, and then some. And fall is ahead, when you settle all the animals in for the winter, fill the wood boxes, store the harvest equipment for another season, and look forward to shorter days of work. This means there’s supposed to be a little more time to sit by the woodstove. A little more time for rest and contemplation. 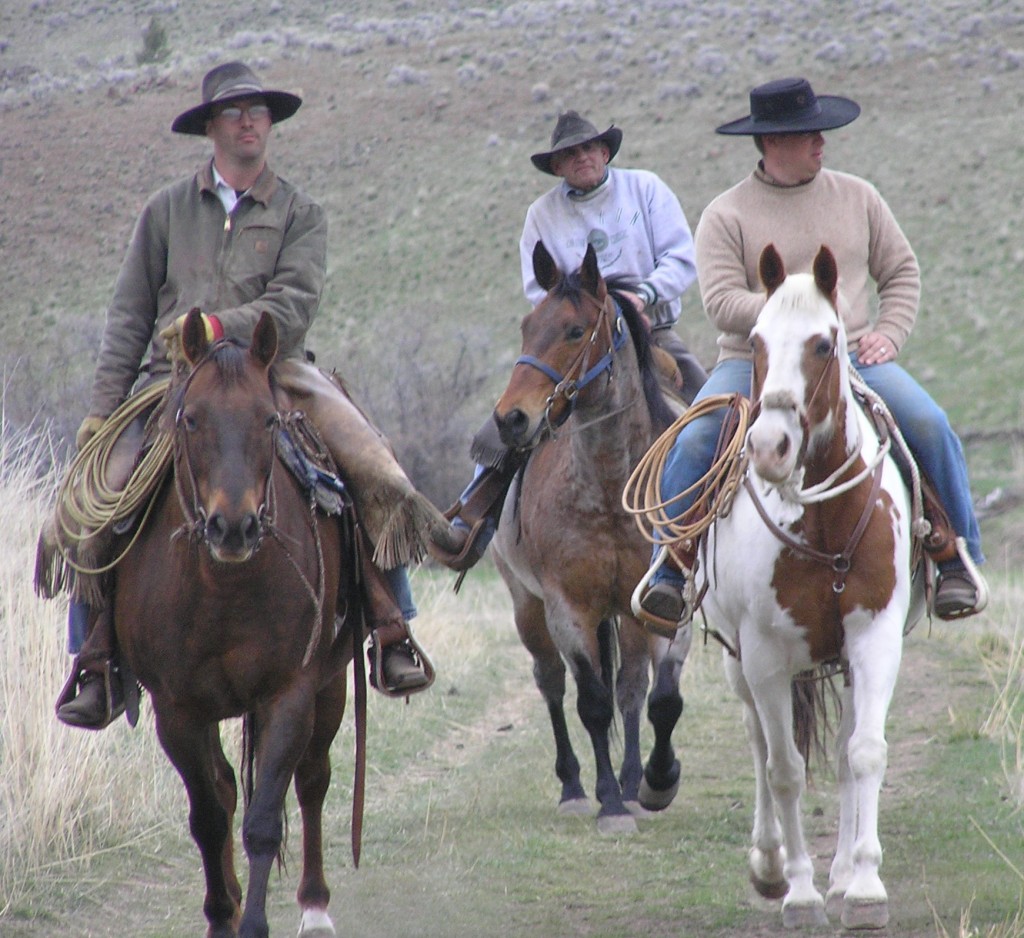 Cowboys returning home at the end of the day

This phrase comes from a classic American cowboy song, written as a poem and first published in 1893, titled After the Roundup, and then published in 1910 in “Cowboy Songs and Other Frontier Ballads.” When the Work’s All Done This Fall was recorded in 1925 by Carl T. Sprague, and sold over 900,000 copies at a time when 5,000 was typical for a successful recording. You may have heard it recorded more recently by artists like Michael Martin Murphey or Marty Robbins. Though many variations of the words appear, members of the Western Writers of America chose it as one of the Top 100 Western songs of all time. It tells a story. It’s about a cowpuncher, who’s telling the boys his plans. He sings:

Once I had a home, boys
And a good one you all know
Though I haven’t seen it since
Long long years ago

I’m going back to Dixie
Once more to see’em all
Yes, I am going home, boys
When the work’s all done this fall

When the roundup days are over
And the shipping all is done
Yes, I am going home, boys
When the work’s all done this fall

If you don’t know this song, then I should end it right here! But there’s more. He heads out alone to work his night shift with the herd. There’s a stampede, and as he races to stop the running cattle and turn ‘em into a circle, his horse stumbles. It’s a sad tale as he goes down and is trampled. His last words…

I’m going to a new range
I hear my Master’s call
Yes, I am going home, boys
When the work’s all done this fall

But of course, he never makes it home to see his mother. My husband Dan gets very melancholy about this song. Fall is a special season for many reasons. But one is, that it’s a time when you hope to do the important things that you are normally too busy to do. He woke up one morning recently and said, “It’s September. How many more do we have?” That’s because we all know we’re not promised next year, and maybe we’ll not get the chance to do certain things, like the cowboy in that song.

Fall is the finish to the harvest season and more. After the fall work is done, it’s like a day off. You get a chance to take inventory of how you did for the year, and at the same time, begin preparations for the next year. It’s a finish and a beginning all rolled together. Fall is a season to be grateful, and a season for examination. And standing on past experience, we immediately begin to look forward with expectations of the future harvest. It’s a season of change, and a season of balancing. It’s a place of quiet and yes, even darkness, from which we get the strength to replenish our spirits and start fresh.